Security guard attacked at Waikato Hospital lucky to be alive 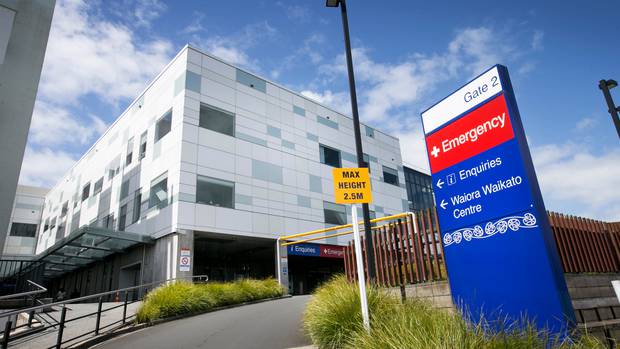 A security guard who was assaulted by a patient at Waikato Hospital yesterday is “in a bad way” in the high-dependency unit.

An E tū union release said the woman had “suffered severely” and sustained multiple injuries to her head, face and body. She will require multiple surgeries.

“It’ll be a long road to recovery and we’re lucky we’re not dealing with a fatality,” senior organiser Iriaka Rauhihi said.

However, Waikato DHB said the security guard is no longer in HDU, she has improved and is now stable on a ward.

Yesterday a Waikato DHB spokeswoman said there had been an incident on one of the Waikato Hospital surgical wards at around 2am.

“Four nursing staff and a security guard were physically assaulted by a patient who was receiving treatment in the hospital,” she said.

“All were treated in the hospital’s emergency department, three were discharged and the guard has been admitted to the hospital.”

The female guard was reported to be in the high-dependency unit.

It was believed the patient used an oxygen cylinder to assault the staff.

Rauhihi said the woman’s family was horrified at what has happened to her.

“Obviously they are shattered and frightened. They want to know how come she was injured like this and why wasn’t she safe?”

The guard is employed by DHB security contractor, Allied Security, which Rauhihi said had failed in its duty to protect the security guard.

“Our members tell us they’re really tired, over-worked and fed-up.

“It’s about this employer not putting in the resources and staffing to keep people safe, especially in high-risk areas like Henry Bennett and the emergency department,” she said.

Rauhihi said the DHB also has to accept that it, too, has a duty to ensure a safe working environment.

“We’re calling on the DHB to intervene to ensure the contractor is keeping its workers safe, because at the moment the guards don’t feel safe. They feel overworked and at risk.”

Waikato DHB said it is very conscious of providing a safe environment for its staff and contractors.

“No one should have to face this kind of physical attack at work and we are very concerned that this happened in our hospital.

“We are investigating to see if there’s anything we could have done differently and we have reported it to Worksafe.

“We are keeping in close touch with the guard and her family and offering our support,” it said.

The man alleged to have assaulted the five staff members is being assessed by mental health staff.

The 35-year-old Waikato man made a brief appearance in the Hamilton District Court via audio-visual link from the hospital’s Henry Bennett Centre this afternoon facing six charges.

His lawyer, Glen Prentice, asked that his client remain in the custody of mental health staff for an assessment to made on his fitness to plead.

He also successfully applied for name suppression for his client, who was remanded without plea for two weeks by Community Magistrate Ngaire Mascelle.

It’s alleged the incident took place in one of the hospital’s surgical wards about 2am on Wednesday and saw four nurses and a security guard injured.

The DHB and Worksafe are also investigating the alleged incident.