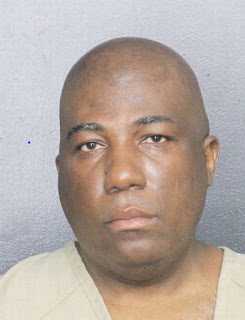 A shooting by a Florida security guard that turned fatal last week now has put the shooter behind bars.

The Fort Lauderdale man turned himself in to Hollywood police eight days after the shooting, police said.

Andre Grey, 44 shot and killed a man at the Hollywood Circle Publix who he said was trying to force himself into a closed store.

Today, Grey still sits in Broward County Jail on $100,000 bond, charged with manslaughter with a firearm.

Hollywood police say Grey, a security guard at the Publix at 1740 Polk St., and a man he knew from elsewhere got into a fight at the store around 10:04 p.m. on June 10.
The fight ended with the man shot and on his way to Memorial Regional Hospital, where he would die while Grey talked to Hollywood police.

Police said that they could not find any evidence that it was self defense.