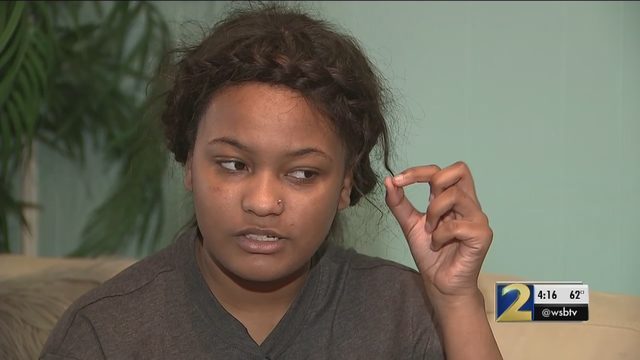 ROCKDALE COUNTY, Ga. Feb 26 2019 – Two high school students are facing serious charges after a school security guard accused them of pulling a dreadlock out of his head.

Junior Ashonti Shy told Channel 2’s Tyisha Fernandes that it started when a teacher asked the guard to take her and a friend to in-school suspension for skipping lunch.

Shy said the officer was joking with them as he normally does and this time he was making fun of their hair. That’s when the students pulled out one of his dreadlocks.

“I barely pulled it and it came out – and when it came out it was funny and we started laughing and that’s when he walked off, he was mad and he said – ‘I got something for y’all,” Shy told Fernandes.

The students never expected something minor and playful like this to end with their suspension and charges.

The officer called for backup and Conyers police showed up to arrest the 16-year-olds. Fernandes went to the school district to see the surveillance video, but the district wouldn’t give her access to it.

The students and their parents said the criminal charges are too harsh. Shy’s mother told Fernandes the guard was embarrassed and took it too far.

“I don’t think this should be considered a felony or her getting kicked out of school for just playing,” Carmina Shy said. “It wasn’t on an aggressive level there was no fighting – no argument.”

The girls believe the charges could eventually be dropped once everyone looks at the surveillance video.

Fernandes went to the school district to get the video, but school officials wouldn’t show it to her.