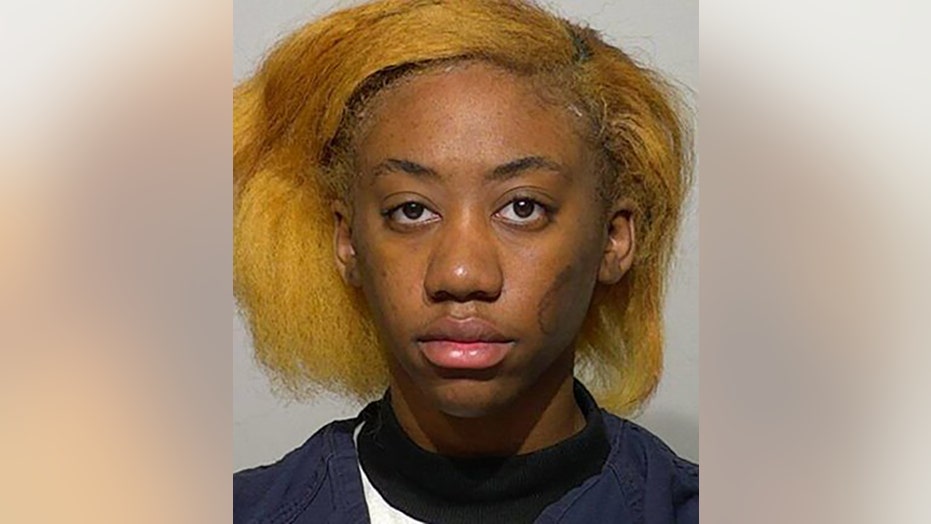 A Wisconsin woman has been accused of punching one police officer and biting another during her arrest after she allegedly threatened a Walmart employee last week, authorities said.

Shanterrica Johnson, 18, and a friend were causing a disturbance at the retail store in Brown Deer when police were called, FOX6 Milwaukee reported, citing a criminal complaint.

The Brown Deer Police Department released body camera footage of the incident, which appeared to show the women being uncooperative with officers. Johnson had refused to give her name to the officers, who spent 20 minutes trying to learn her identity, according to the criminal complaint.

Johnson had allegedly threatened an employee at a Walmart in Brown Deer, Wis., when police were called.

The officers can be heard explaining the situation to Johnson’s mother in the presence of store employees, telling her that if they can’t identify the two women there would have to be a police report. If they did identify themselves, there would only be a log entry for the police department, officers said.

When Johnson became argumentative and again refused to identify herself or let officers take her fingerprint, an officer can be heard saying they will have to arrest her for obstruction.

When police attempted to take Johnson into custody, she punched one officer in the chest, WDJT-TV reported. During the scuffle, a second officer can be heard yelling, “She just bit me!”

Officers then used a Taser on Johnson and placed her in handcuffs, the station reported.

Johnson’s mother issued a statement to FOX6, in which she said her daughter “suffered tremendously” and criticized officers for violating her human and constitutional rights.

“She was not under arrest. She didn’t break any laws. She was a paying customer at Walmart,” said Johnson’s mother, who did not wish to be identified.

Johnson is facing one count of battery to a law enforcement officer.