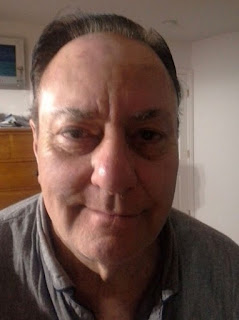 The Metro Las Vegas murder squad have arrested a 16-year-old boy in the deadly shooting of a 75-year-old security officer last week.

Las Vegas police identified the boy, Anthony Okelberry, as a suspect in the death of Hursey Dale Addison, who was shot and killed April 22 while patrolling an apartment complex in the southeast valley, Metropolitan Police Department Lt. Ray Spencer said Sunday.

Okelberry was booked Saturday into the Clark County Detention Center on charges of murder with a deadly weapon and robbery with a deadly weapon, booking records show.
Those charges have an enhancement, which carries a longer sentence if convicted, due to Addison’s age.

Okelberry also faces counts of burglary, possession of a dangerous weapon on property or in a vehicle of a school or child care facility and possessing a credit or debit card without the owner’s consent, according to court records.

Addison of Las Vegas died from a gunshot wound to the head, the Clark County coroner’s office said.

Police received word about 10 p.m. April 22 of an unconscious man lying next to vehicle on the 5500 block of South Mountain Vista Street, near U.S. Highway 95, police said.

Officers found Addison, an unarmed security officer at the complex, in a parking lot with a gunshot wound, police said. He died at Sunrise Hospital and Medical Center.

In Nevada, minors 16 or older accused of murder are automatically certified as adults in the court system, while children 13 or older may be certified and tried as an adult upon a motion by the district attorney and after a full investigation and hearing by the court.