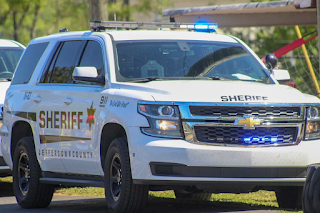 Jefferson County AL Nov 25 2021 Shootings overnight in Jefferson County left one mine security guard critically injured and another dead, the third homicide countywide in just a matter of hours.

It appears the two security guards worked at the same active strip mine but were shot roughly six hours apart.

The first victim was able to drive himself to get help after he was shot, but the second victim – an 80-year-old man was found dead Wednesday morning.

Sgt. Joni Money stressed that the shootings did not have anything to do with the ongoing mine strike in Jefferson County.

The ordeal began about 1 a.m. Wednesday when the sheriff’s office received a call that had been transferred to them from the Bessemer Police Department reporting that a male had been shot.

Money said the victim had been taken to the hospital but was unable to speak with detectives.

Medical personnel gave detectives what information they had been able to get from the victim, and determined the shooting was said to have happened near the 4000 block of Blue Creek Road in western Jefferson County.

The victim had been able to drive himself to a location on Powder Plant Road, where he made contact with authorities.

Deputies went to Blue Creek Road but were unable to locate a crime scene due to the vast area of vacant land at the location, Money said.

The 44-year-old is currently at UAB Hospital and is reported to be in critical but stable condition.

Then, about 6:40 a.m., deputies were dispatched to the 4000 block of Blue Creek Road again, this time on a report of a dead person.

Money said both victims worked at the Blue Creek Road location as security guards at an active strip mine. The body of the second victim was located by contractors who arrived at the strip pit this morning to work.

It appears the shootings happened at the same place but hours apart.

The investigation is still underway as detectives are developing new leads. Anyone with information is asked to call the sheriff’s office at 205-325-1450 or Crime Stoppers at 205-254-7777.

UPDATE: The suspected gunman was involved in a police pursuit and committed suicide.

The name of the security officer that was killed is Samuel Owens Bell Jr.