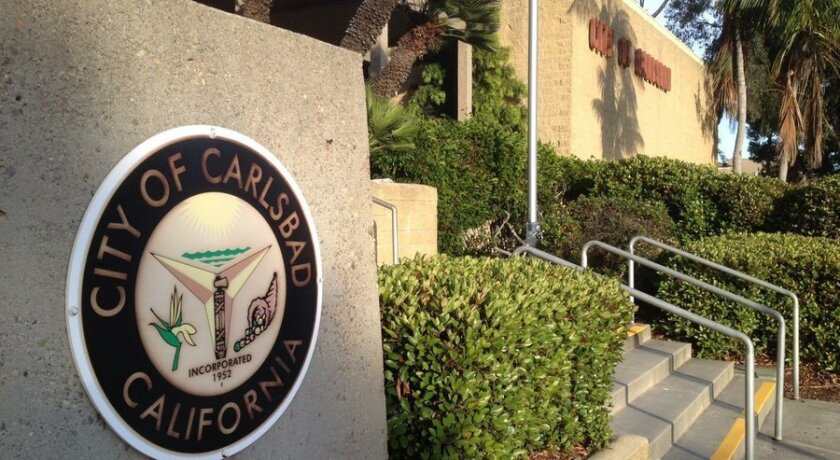 Also, additional security guards will be hired to augment police protection at the civic center, community gardens, libraries and the downtown Village neighborhood. The city already has cameras and security guards in a few places, including its senior center and Alga Norte Community Park.

City Manager Scott Chadwick said he proposed the added measures because of things happening “on a national level” as well as locally, and that “we want to make sure the city of Carlsbad as well as its residents are protected.”

“There have been recent incidents … that led to development of these security enhancement measures,” said David Graham, the city’s chief innovation officer.

The incidents include a series of vandalism at the city’s senior center on Pine Avenue and an assault and car theft at the Dove Library near La Costa. Those crimes were solved, resulting in arrests, but city officials say they highlight the need for greater security so that residents and employees feel safe.

Graham and Police Chief Neil Gallucci outlined the proposed additional measures at a City Council meeting. Additional details including costs and a proposed contract are being assembled and will be presented to the council in January.

“We address crime and fear of crime,” Gallucci said. “Sometimes all it takes is one incident to change perception in the community.”

The Dove Library incident, in which a woman was assaulted and her car was stolen, is an example, he said. The car was recovered and a suspect arrested, but employees and library patrons remain concerned.

All the additional cameras will be installed selectively at “high-value or high-threat areas … places where there are a lot of people” and not at places such as locker rooms where privacy is expected, Graham said. The sites will be selected based on surveys by the Police Department and will be subject to approval by the police chief. Conspicuous signs will be posted to notify the public that cameras are present.

Video from the cameras will be recorded but not routinely monitored, Gallucci said, though a dispatcher or watch commander could view the live video should a situation warrant that. The city’s policy requires all video recordings to be saved for one year and then destroyed unless needed as evidence.

The Police Department recently installed cameras at the senior center that caught a suspect breaking windows and solved a months-long series of vandalism, Gallucci said.

The storage policy is basically the same for all police video recordings, including drones, body cameras and stationary cameras, though there are some differences based on the way the individual types of equipment are used, he said.

Like many cities, Carlsbad relies increasingly on cameras in its law enforcement efforts. Officers routinely wear cameras on their uniforms.

Carlsbad also has installed stationary cameras on utility poles at more than a dozen key intersections throughout the city that automatically read the license plates on moving vehicles. Those plate numbers go into a law enforcement database.

Along with increasing the number of cameras and security guards, Carlsbad city employees are being trained in procedures known as “run, hide and fight” that can help them know what to do in an incident such as a mass shooting.

The Police Department has done 18 presentations for a total of more than 400 city employees, Gallucci said. The department also is providing the presentation to schools, churches, foundations and private businesses.