Detroit security officers vote to strike for $15 per hour wages 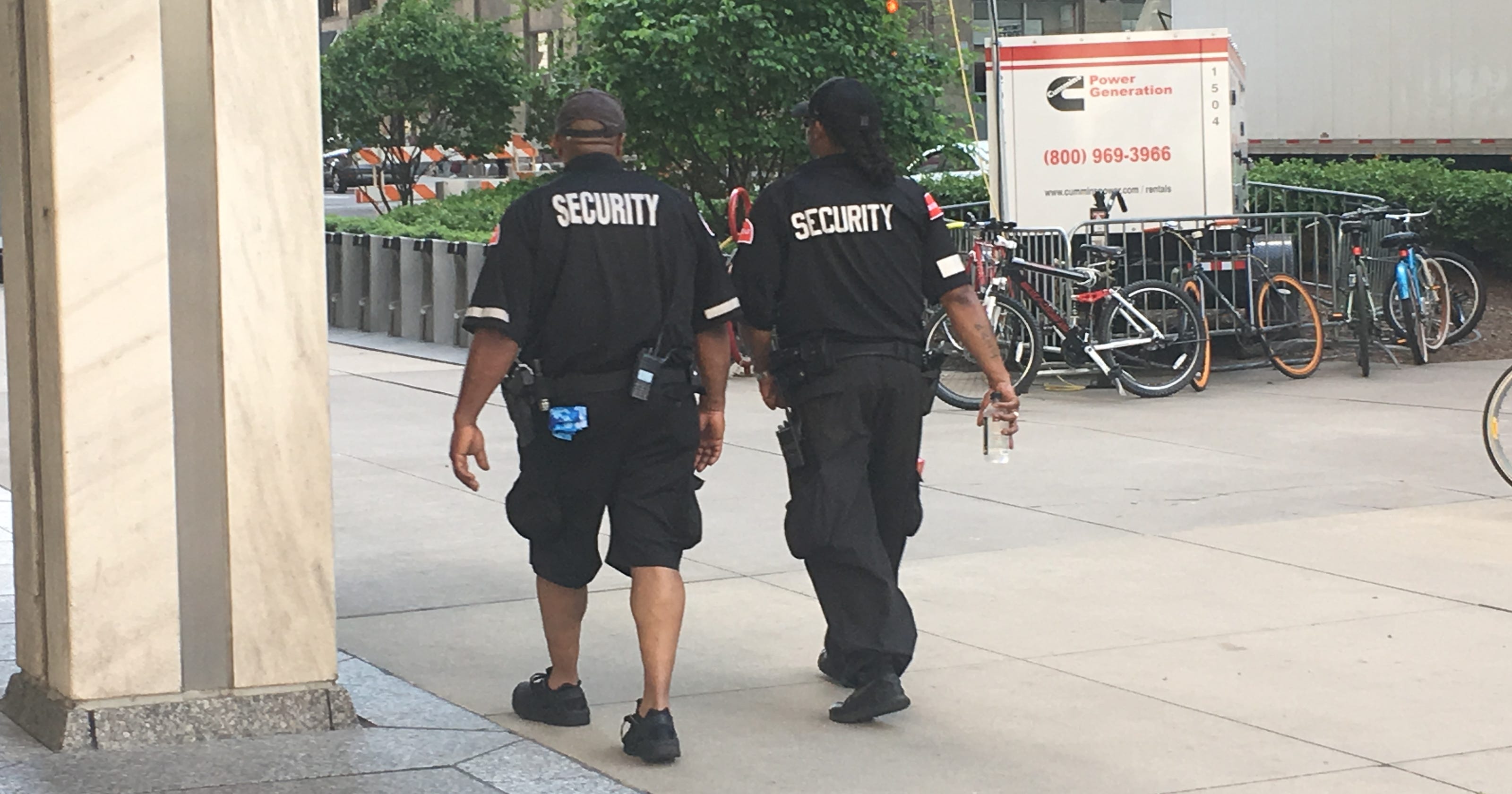 Security guards working for a firm hired by Dan Gilbert’s Bedrock to guard his downtown Detroit buildings voted on Monday to strike for $15 per hour wages and a path to unionization.

The employees have yet to walk off the job, though they may in the coming days if a deal isn’t reached with their employer, SecurAmerica.

SecurAmerica employees in Detroit now earn as little as $11 per hour, and say they’re forced to rely on welfare or take second jobs to make ends meet. In a press release, the employees noted that Gilbert receives hundreds of millions of taxpayer dollars to redevelop his buildings. He’s also Michigan’s richest resident with a net worth of $7.5 billion.

“Yet the hardworking people who protect the city’s resurgence are making wages so low that many are forced to rely on public assistance to make ends meet,” the release reads. “Nearly a quarter of these officers reported having to work a second job to be able to provide for their families.”

Around 100 employees are taking part in the action, and they’ve faced resistance from SecurAmerica as they’ve discussed unionizing.

The employees made the announcement on Monday, and were joined by workers from SEIU Local 1, a janitors’ union with employees who work in many of Gilbert’s downtown buildings. The union threatened to strike late last year for $15 per hour wages, but a deal was reached before they picketed.

“We are the Detroiters who have been here helping build downtown’s resurgence, and we need a union and at least $15 because we’re tired of being left behind,” said 1 Woodward Security Officer Micah Brown. “That’s why security officers voted to strike in the coming days over unfair labor practices to protest the threats of retaliation we’ve faced for coming together for our union and a better future.”

‹ 3 teens busted with more than 3,200 M30 Fentanyl pills at high school › Four in custody in shootings of 7 people at Yakama Reservation