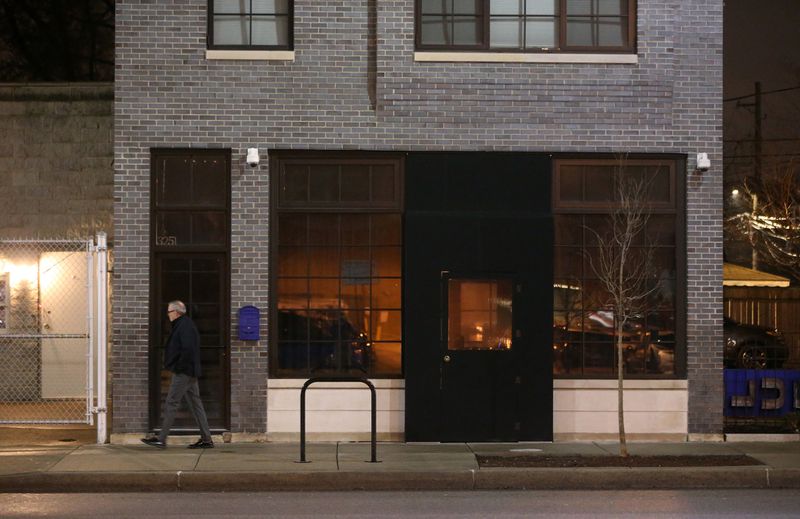 The family of a man fatally shot by a guard near a North Side bar in November has filed a wrongful death lawsuit against the guard and the security company that employed him.

The lawsuit, filed Thursday, alleges Mario Dingillo was unarmed and posed no threat when he was shot to death by the security guard in the early hours of Nov.r 3, 2019, outside the Bluelight, 3251 N. Western Ave. The guard was employed by Walsh Security, which is also named in the suit. The bar is not a defendant in the lawsuit.

A representative of the company did not respond to a request for comment. The guard could not be reached for comment.

Police had previously sought murder charges against the security guard, but they were rejected by prosecutors who determined “there was no evidence to refute self-defense,” according to police records.

Now Sandra Dingillo said she hopes the lawsuit will finally bring justice for her son, who left behind a wife and two young children.

“Mario was a loving father, a hard-working husband, he took care of his family, he went to work, he came home,” Dingillo said in a phone interview Thursday. “He’ll never be here to teach his kids what life is about and that’s unfair in every way possible, and I want justice.”

There have been conflicting reports of what happened the evening of the shooting near the Bluelight, in Roscoe Village. Around 3:30 a.m, Dingillo, his wife, Jessica, and his brother-in-law got into an argument with another group outside the Bluelight and were barred from entry, according to police reports.

Dingillo, his wife and brother-in-law began walking back to their car near the 2300 block of West School Street and were followed by at least one security guard, police said. The lawsuit alleges a group of guards following Dingillo and his family were dressed all in black and did not identify themselves as security.

The guard told police that Dingillo reached for a gun in his waistband, so the guard discharged his own weapon and fired. But the lawsuit filed Thursday says that Dingillo was unarmed at the time of the shooting.

“This should have never happened,” said Karen Munoz, a partner at Dolan Law, the firm representing the Dingillo family. “We believe that the family desperately deserves justice, and they were not able to obtain it yet.”

The lawsuit also alleges that the Walsh Security company failed to properly train the guard who shot Dingillo and other employees “with the company’s negligence ultimately contributing to Dingillo’s wrongful death,” according to a news release.

“Everything was done incorrectly,” Munoz said. “They (the guards) never identified themselves as security guards, they were not wearing anything that would alert anybody walking down the street that they were security guards approaching Jessica and Mario … it was against training and policy.”

The Walsh Security company is owned by a Chicago police officer, Thomas Walsh, who earlier this year faced a 20-day suspension after being accused of punching a security guard at a bar in the Boystown neighborhood and calling him racial slurs. Walsh also works in the Town Hall District, where the Bluelight bar is located.

For Dingillo’s mother and his two children, every day presents new challenges, she said.

“His son is 5, it’s really hard for him, he talks about him all day, always saying, ’ I love you, Dad, I miss you, Dad, how are you Dad?‘ and the older one wants to be like his dad,” Sandra Dingillo said. “I hope for this to never happen to another family.”