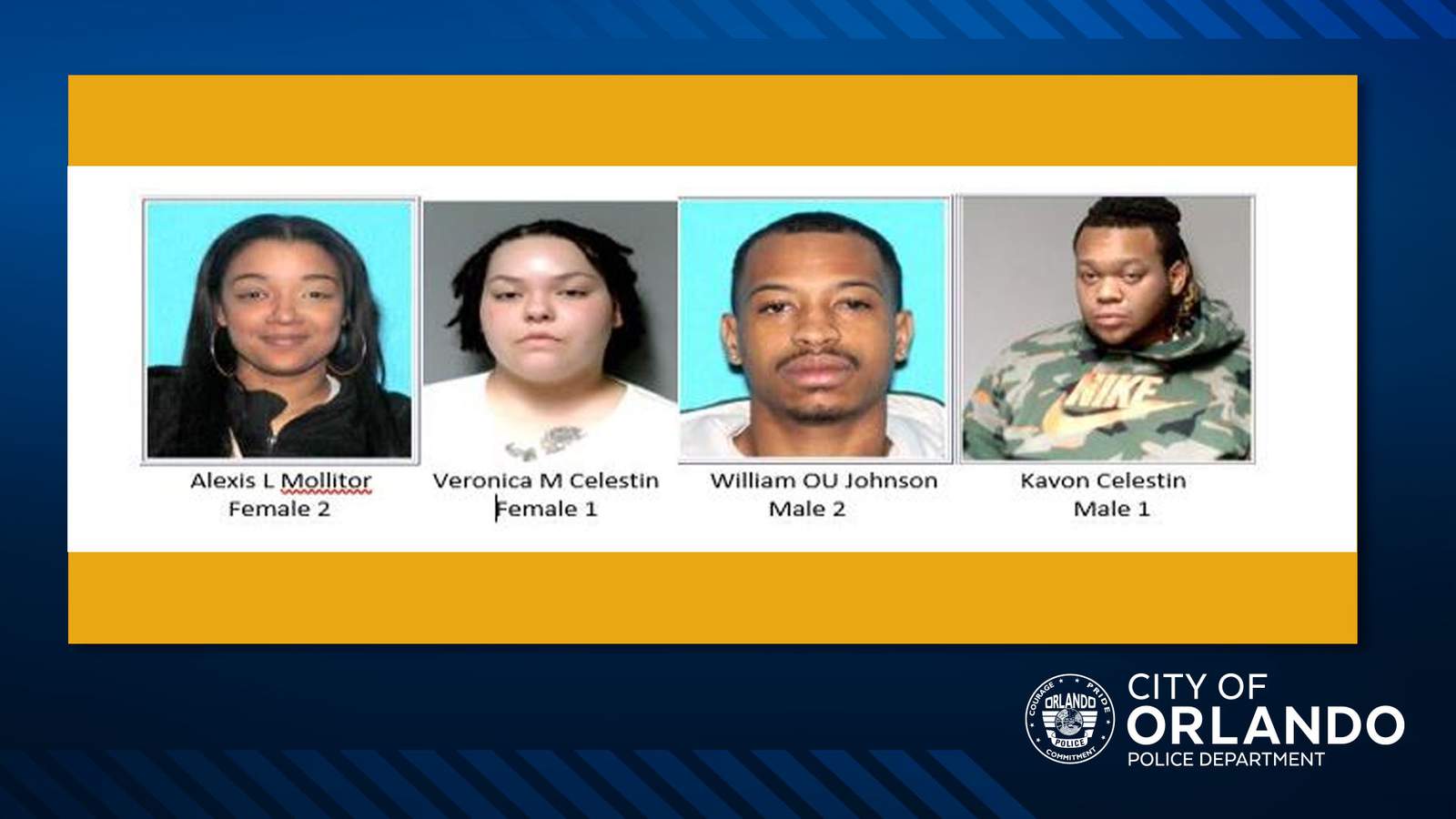 ORLANDO, Fla. Aug 1 2020– Orlando police Detective Anne Marie Esan said multiple arrests have been made in a shooting that took place outside a downtown bar.

According to detectives, four arrests were made in two states for the shooting that happened in outside the 64 North bar on June 26.

Veronica and Kavon Celestin were arrested in Georgia while Alexis Mollitor and her husband William Johnson were taken into custody in Michigan, officials said.

“It is believed the firearm used in the crime was recovered. And at this time everybody’s in a secure facility awaiting extradition,” Esan said

Surveillance cameras showed the couples on scooters, exchanging words with someone off-camera.

“The four people attempted to enter through the ‘Exit’ in the railing outside the bar,” officers said.

According to surveillance video, security quickly intervened and a confrontation ensued. Video of the argument was posted on social media by OPD following the attack.

“The two men returned later in a white 4-door vehicle with damage to the right rear door. One male opened fire outside the bar, wounding two people, including a bar security worker who was hospitalized with critical injuries,” officers said.

Multiple people were injured during the shooting, officials said. It’s possible the security guard who was shot may not walk again, Esan said.

“One of the bullets strikes a citizen inside of the bar right on the leg. And then my second victim, which is going to be the head of their bar security, has two gunshots, one to his buttock, and the other one goes through the left side of his back,” Esan said. “At this time he’s in a wheelchair. And it’s unknown if he’s going to ever be out of that wheelchair.”

When asked how she feels now that the persons behind the crime are locked up, Esan had this to say:

“I am stoked to get these people off the street. When you have victims like mine, in this situation, all you want to do is get them justice. And I’m hoping that that happens. At least they can rest easy knowing that these people aren’t on the street right now.”

All four suspects have been charged with attempted first-degree murder with a firearm.

Both men are also charged with possession of a firearm by a convicted felon.