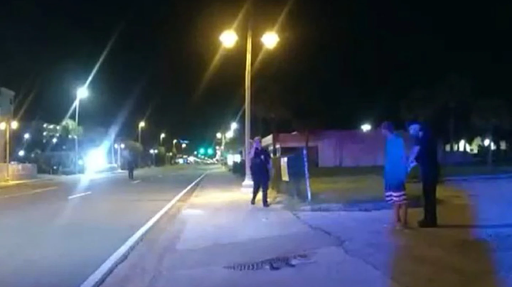 William Hodge, 32, was arrested after police said they witnessed him try to throw a stolen alligator onto the roof of a business in Daytona Beach Shores, a small coastal community just south of the more well-known Daytona Beach.

When Hodge failed to make it onto the roof, police say the Fort Myers man continued to beat the animal, slinging it into the ground by its tail.

The Daytona Beach Shores Police Department said on Facebook that Hodge stole the gator from the Congo River Golf course at 2100 South Atlantic Ave. about 3 a.m. Thursday. After his arrest, the animal was returned to the golf course, which allows guests to feed gators as an attraction.

Hodge remained in custody at the Volusia County Jail Thursday night, where he was being held on a $4,500 bail.