Man charged after allegedly firing a weapon at unwanted tenants 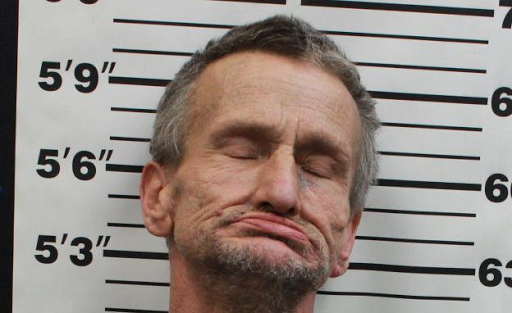 A man is facing charges after an alleged ongoing dispute with tenants on his property reportedly led to shots fired last month in Washington County.

Dennis Hughes, 53, has been charged with armed criminal action, unlawful use of a weapon – exhibiting, first-degree harassment, and unlawful possession of a firearm.

According to a probable cause statement from the Washington County Sheriff’s Office, on Nov. 21, Hughes was at his property on Route T with a woman who is a tenant on the property.

Hughes had reportedly been having issues, wanting the woman and a man removed from the property even though he had not completed the legal eviction process.

The report states that Hughes had contacted the Washington County Sheriff’s Office 10 times about removing the property tenants since Nov. 15.

A deputy reported that after Hughes was told again that he would have to evict them, he spontaneously stated that he would handle it himself numerous times. He further explained that he would go get something from his father and that he has been to prison for murder before and that he will get out eventually. These remarks were not audio or video recorded but were reportedly witnessed by two deputies.

Later that evening, the two deputies were dispatched again to the Route T address, this time for shots being fired at the two tenants.

The report states that a deputy spoke with the male tenant, who said that he had an audio recording of the incident. The man played the recording for the deputy, and a loud audible sound could be heard, which he described as the gunshots. The woman also reported that Hughes was shooting at them. However, neither tenant reported seeing Hughes with the firearm.

The deputy made contact with Hughes, who denied shooting any firearm. He then reportedly gave the deputy verbal consent to search the residence. The deputy did not locate any guns during the initial search, according to the statement.

The report states Hughes also consented to the deputy reviewing his security camera footage and logged into the system for viewing. The deputy reports observing the male tenant picking up his phone and subjects in the video reacting to what appeared to be a startling sound, which was consistent with their statement.

It was also discovered that two other individuals were on the scene at the time of this incident, and they were identified.

Hughes was detained and escorted to the deputy’s patrol vehicle. Once he was secured in the patrol vehicle, two deputies contacted Hughes’ significant other inside the residence.

The report states one of the deputies advised the woman that Hughes had admitted to discharging the gun and that he needed her assistance in locating the weapon. The woman explained that she witnessed him walk out of the house with the firearm and heard the shots, but she did not see him with the gun when he returned.

The deputies then spoke with Hughes in the patrol vehicle. A deputy told Hughes that his significant other said she witnessed him with the gun.

According to the report, Hughes was read his Miranda Rights and, after a lengthy interview, admitted to discharging the firearm.

Hughes then escorted the deputy into his house and indicated where the firearm was located. The 30-30 lever action rifle was concealed behind a wall that was screwed into place, according to the report.

The deputy reports that the firearm was loaded with five rounds total, one of which was in the chamber.

The two other individuals seen in the security camera footage arrived back on the scene and gave a deputy verbal statements. The man and woman told the deputy that they were near their vehicle when Hughes stepped out of his house and started cussing at them. They then reported having witnessed Hughes fire a shot from a rifle.

While one of the deputies spoke with the two witnesses, the other deputy was taking the rifle to his patrol car. The male witness had seen this and identified it immediately, according to the report.

Further, a deputy was reportedly able to locate two holes in the ceiling of the patio. The holes were consistent with a statement about Hughes shooting at that location.

Hughes was booked at the Washington County Jail, and a $30,000 bond has been set in the case. If released on bail, Hughes is prohibited from having contact with the alleged victims.

According to court documents, Hughes is a convicted felon and restricted from owning a firearm.