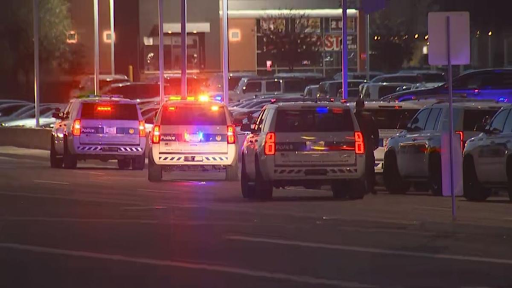 PHOENIX AZ March 1 2021 Police say a man is dead after a confrontation with a security guard led to a shooting outside a Phoenix car dealership early Saturday morning.

According to Sgt. Maggie Cox of the Phoenix Police Department, officers were called to a reported shooting shortly before 5:30 a.m. on Camelback Road near 23rd Avenue. When they got to the scene they found 21-year-old Maurice Jones was gunshot wounds. He was taken to a hospital where he died.

The security guard remained on scene and is cooperating with detectives. The investigation is ongoing and once completed will be submitted to the Maricopa County Attorney.

There were traffic restrictions in the area of 23rd Avenue and Camelback Road while police were on-scene conducting their investigation. The roadway has since been reopened.