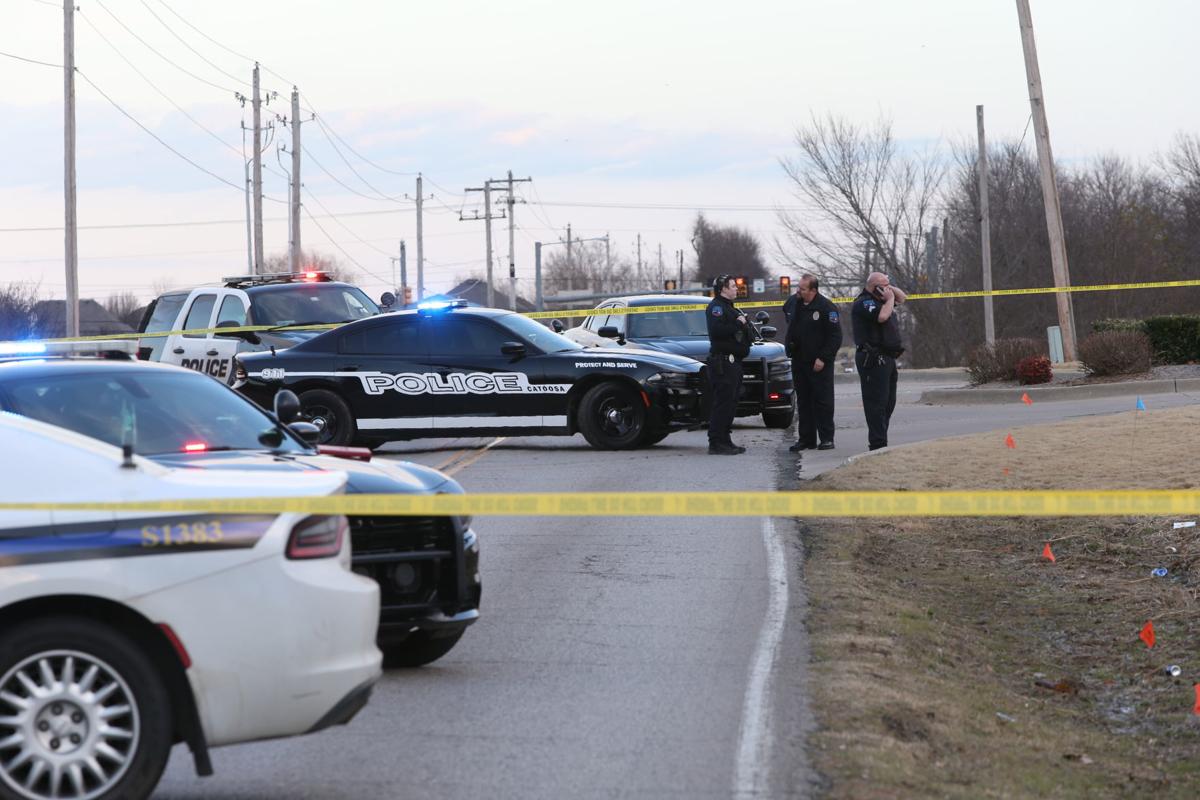 BROKEN ARROW OK January 27 2020— A police chase at the Broken Arrow-Tulsa border Saturday ended in the death of a man who was fleeing officers from a nearby casino, Catoosa police said.

Police pursued the man from Hard Rock Hotel & Casino Tulsa, 777 W. Cherokee St., after he allegedly made death threats inside the establishment.

The unidentified man was driving a Dodge Challenger in excess of 100 mph, Catoosa Police Chief Ronnie Benight said. The pursuit ended on East 51st Street when the Challenger’s engine failed.

“At that time, the officers approached the vehicle … and he was reaching inside the vehicle, trying to locate something,” Benight said. “The officer had his Taser out and also his firearm out.”

The man placed the gun to his head shot himself, Benight said. An officer attempted to use the Taser on the man to prevent the act but was not successful.

Catoosa police were dispatched about 4 p.m. Saturday to the casino after security there reported an individual was threatening to kill people. Three officers arrived almost simultaneously and located the man in the casino’s parking garage. Benight said the man jumped into his vehicle and fled from the area.

Officers attempted to initiate a traffic stop, but the man led them on a pursuit south on 193rd East Avenue at speeds of more than 100 mph, Benight said. The vehicle broke down just west of 193rd East Avenue.

Investigators later learned that the man was at the casino with a woman, who was not identified Saturday but detained following the incident. They reportedly were wanted in Kansas, police said.

Other agencies responded to the pursuit, including Broken Arrow police and Tulsa County sheriff’s deputies assisting Catoosa police in containing the scene.

Benight said the Oklahoma State Bureau of Investigation has been asked to review the incident and pursuit.