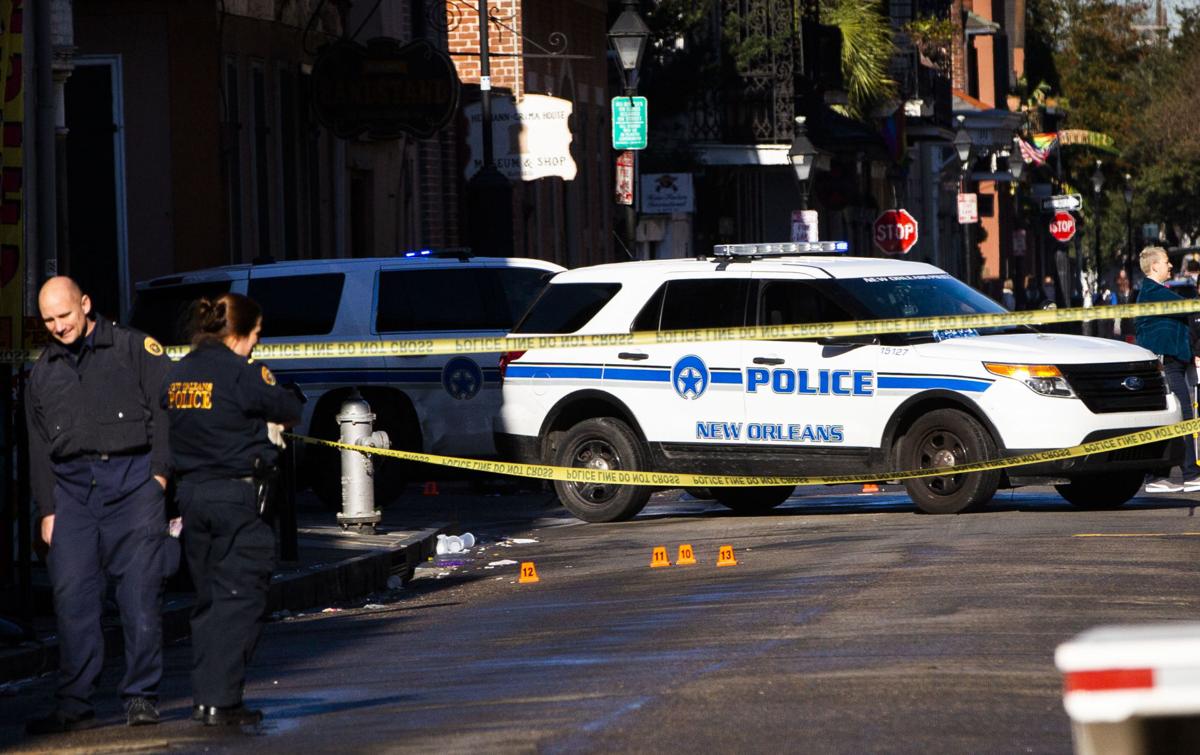 As early-bird tourists started their day’s sightseeing with coffees in hand and business employees opened up shops Saturday morning, a shootout between a man with a gun and New Orleans police officers wrapped around most of a block in the heart of the French Quarter.

Reports of a man pointing a gun at people walking down St. Louis Street between Dauphine and Bourbon streets came in to the New Orleans Police Department just before 7:30 a.m. Minutes later, four officers arrived at the scene.

All four officers fired multiple times at the man, according to NOPD Superintendent Shaun Ferguson, though it wasn’t clear if the armed man or the officers fired first.

The man was shot in the chest and taken to University Medical Center. He was in critical condition as of 11 a.m., according to Emergency Medical Services. No officers were injured.

Some Quarter sightseers said they didn’t witness the actual shootout, but many heard a string of gunshots followed by sirens.

Several employees of businesses said they saw the man scare passersby as he yelled obscenities and pointed a gun.

The man wore a shirt with “security” written on the back, but Trevor Cook, a bartender at the Crossing, said he didn’t know if he was actually a security guard. He appeared to be in his 20s and possibly drunk, he said.

Cook said he was serving two customers when the man passed by the bar. One of those customers called 911.

“I locked all the doors,” Cook said. “I didn’t want him stopping in.”

Groom Weldehawaryat was opening up shop at Compac General Store when he witnessed an officer approach the man. He also saw her reach for her gun before she and the armed man ran out of Weldehawaryat’s sight. Then the gunfire sounded.

“That’s my first time seeing something like that,” he said. “I was scared.”

“It’s an unfortunate incident when officers have to resort to using their weapons,” Ferguson said at a press conference just after 9:30 a.m. “We’re praying for the family of this individual and our officers.”

Ferguson said he could not confirm how many shots were fired or what caused the shootout, but he assured the public an investigation was already underway.

The NOPD’s Force Investigation Team, created under a reform agreement that the agency entered into with the federal government eight years ago, is investigating the shooting, while the city’s Independent Police Monitor’s Office tracks the investigation, Ferguson said.

The four officers involved will be placed on desk duty while the FIT reviews body-camera and surveillance footage to determine whether their decision to fire was justified.

Ferguson said at the press conference that the NOPD will release video of the incident to the news media. Though details of that release have not been worked out, past cases of officer-involved shootings suggest it could take 10 days before footage is accessible.

Last year, NOPD officers were involved in five shootings, three of them fatal. In each case, videos released to the public showed officers were fired on first, police said.

‹ An unemployed mother finds her calling in the security field › Man threatened to kill himself at Hard Rock Casino Tulsa, commits suicide during police chase