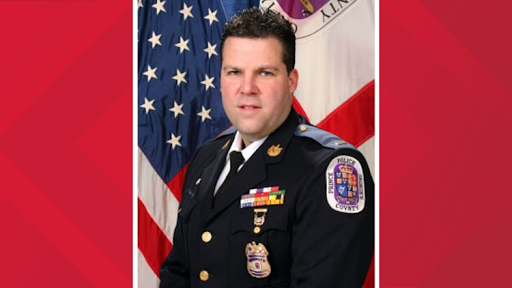 PRINCE GEORGE’S COUNTY, Md. April 25 2021— A Prince George’s County Police Department lieutenant is now facing charges after a federal criminal complaint was filed regarding his attempt to evade paying taxes for his business.

Edward Scott Finn, of Dunkirk, Maryland, was arrested on Thursday and is charged for attempting to evade or defeat taxes for five years — between 2014 to 2019, according to the Department of Justice.

According to the affidavit filed in support of the criminal complaint, authorities said Finn allegedly omitted a total of $1.3 million of EFI income on his 2014 through 2019 individual income tax returns.

During that time frame, the affidavit alleges that Finn deposited approximately $1,397,295 of checks written for services from EFI into either his personal bank account or into his children’s bank accounts.

“These security service deposits were not reported as income on EFI’s corporate tax returns for tax years 2014 through 2019, nor as income on Finn’s personal tax returns,” according to the Department of Justice in a release. “This underreported income resulted in a total tax loss to the government of $484,281.”

“The charges against Lieutenant Finn are deeply concerning and disappointing,” Interim Chief Hector Velez said in a statement to WUSA9. “PGPD officers are expected to operate professionally and uphold the law while both on and off duty. If any officer breaks the law, they should and will be held accountable. This agency is fully cooperating with our federal partners in this ongoing investigation.”.

Finn has been with the agency since 1995 and is assigned to the Bureau of Patrol, according to the Prince George’s County Police Department.

“We want to thank the U.S. Attorney’s Office for conducting a thorough investigation and working to ensure officers like Lieutenant Finn are being held accountable for abusing their authority and eroding public trust,” Alsobrooks said. “When we first heard reports that there may be an active investigation, we reached out to the U.S. Attorney’s Office and we have been fully cooperating.”

Alsobrooks, in her statement, also asked for and accepted the resignation of Deputy Chief Administrative Officer for Public Safety and Homeland Security Mark Magaw in light of Finn’s arrest.

“I have asked for and accepted the resignation of Deputy Chief Administrative Officer (DCAO) for Public Safety and Homeland Security Mark Magaw. I have also been advised by Acting Chief Velez of his retirement. Acting Chief Velez will no longer be part of the leadership team, effective May 7th,” Alsobrooks said in her statement.

If convicted, Finn faces a maximum sentence of five years in federal prison for each of five counts of attempting to evade and defeat taxes. A federal district court judge will determine any sentence after taking into account the U.S. Sentencing Guidelines and other statutory factors.