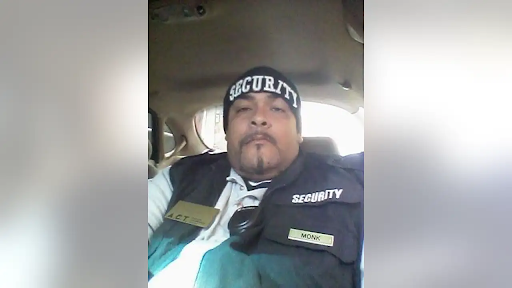 OAKLAND, Calif. Nov 26 2021– A security guard from Oakland who died in Santa Rita Jail this week had originally been arrested for not wearing a mask on a bus this summer and then swearing at the bus driver.

The story of what happened to Maurice Monk, a 45-year-old security guard who suffered from mental illness and who died alone in a cell on Monday, raises questions about the care he received while incarcerated and why he was in jail in the first place.

The sheriff said Monk’s death appears to have been from natural causes.

He was one of two people to have died in Santa Rita that day.

Both men suffered from bipolar disorder and schizophrenia, their families said. A total of 55 people have died at Santa Rita since 2014, an KTVU analysis of autopsies show.

“There is absolutely no reason I can think of in regard to why the court would keep Mr. Monk essentially locked in a cage when he’s suffering from mental health issues for missing a court date,” Woods said.

Monk’s sister, Elvira Monk told KTVU on Thursday that she had tried repeatedly to get her brother his medication, which he needed to treat his illnesses in Santa Rita, when he was brought there in early October.  He also suffered from diabetes and high blood pressure.

He was jailed in early October because of a missed court hearing stemming from the June arrest involving his mask.

At first, she said was told that she couldn’t provide the medication because the pills had to come from Kaiser. Then she was told she could email the prescription information to the jail, but her emails seemed to go to the “junk” basket and were never received, she said. Finally, she was told to fax the information in. She was about to, but authorities showed up on her doorstep to say he had died.

“It all started because he didn’t wear his mask on the bus,” Elvira Monk said. “He started arguing with the bus driver and went to jail.”

In a declaration to the court on Nov. 3 — 12 days before Maurice Monk died, Deputy Public Defender Naira Der Kiereghian urged the court to let Monk go home to his sisters, Tiffany and Elvira, who helped make sure he went to medical appointments.

Court systems had waived bail during the coronavirus pandemic as a way to limit the number of non-violent offenders in crowded jails, but those policies have since been reinstated over the objections of activists and public defenders.  They argued that high bail only keeps people of color and poor people in pretrial incarceration while those with money, committing the same crimes, can go free.

Elvira Monk provided documentation that Monk has been seen by a psychiatrist at Kaiser since 2015 and receives Haldol injections every four weeks. His last shot was on Oct. 6 and he was due to get another on Nov. 6 — nine days before his death. He was taken into custody on Oct. 11.

Haldol is a drug used by schizophrenics to help them think more clearly and feel less nervous.

Elvira Monk “made every effort” to contact Santa Rita authorities to provide them her brother’s medical history and to have the jail administer them the Haldol. But her “efforts have been in vain,” Der Kiereghian wrote.

“If Mr. Monk misses his next shot, his treatment plan, well-being and mental health will be severely compromised,” his attorney wrote.

Monk never got that shot.

Devin West, a longshoreman from Oakland, was killed in Santa Rita. Authorities are investigating his cellmate in the homicide.

He was facing a charge of making a criminal threat stemming from a June 2 incident when he wouldn’t wear a mask on a bus and cussed the driver out. He told the driver he would “f— him up” but he did not “hurt him in any way,” the public defender’s office wrote. Monk left that bus and removed his mask from a second bus, too. He got into an argument with another driver, which is when he was arrested.

In an interview, Elvira Monk said her brother said he couldn’t breathe in the mask.

After this arrest, he was sent to John George Psychiatric Hospital in San Leandro and was released after about two months, his family said. He still had to attend court hearings, though.

Prosecutors first charged the criminal threat case as a felony, but it was reduced to a misdemeanor a month later, records show.

Monk had no arrests since 2004, according to a records search conducted by the public defender’s office.

The Sheriff’s Office said it appears as though Monk died of natural causes in Housing Unit 1 about 7:35 p.m. and that he had a host of pre-existing conditions.

Whether or not he received any medication at the jail was not addressed.

In an email, Sgt. Ray Kelly said: “It’s unfortunate when a person passes away at our jail. Many of the people who come to us suffer from serious illness, poverty and lack of access to regular external health care in the community.”

He added: “We go to great lengths to make sure all people in our custody receive exceptional health care and other services.”

Tiffany Monk said that her brother’s death was far from natural, despite his health ailments.

“Ya’ll didn’t give him his medicine,” she said.

The District Attorney’s Office said it had no comment as this was now an in-custody death investigation. Prosecutors did not discuss why they were pursuing a misdemeanor charge against a mentally ill man or why they were against reducing his bail.

The reason Monk did not attend one of his court hearings in October, according to the public defender, was that he was stopped at the entrance for an unknown reason and told he couldn’t enter the building.

At that point, a bench warrant was issued for him. His family said they couldn’t put up the $2,500 to get him out.

His last scheduled court hearing was on Monday, the morning he died.

His sisters said there was no reason their brother, a father of two, should be dead. They remember him as an all-around athlete, when he attended Sacramento State University on a football scholarship.

“He had a life to live,” Elvira Monk said. “He was a happy person. We want to find out what happened to our brother.”