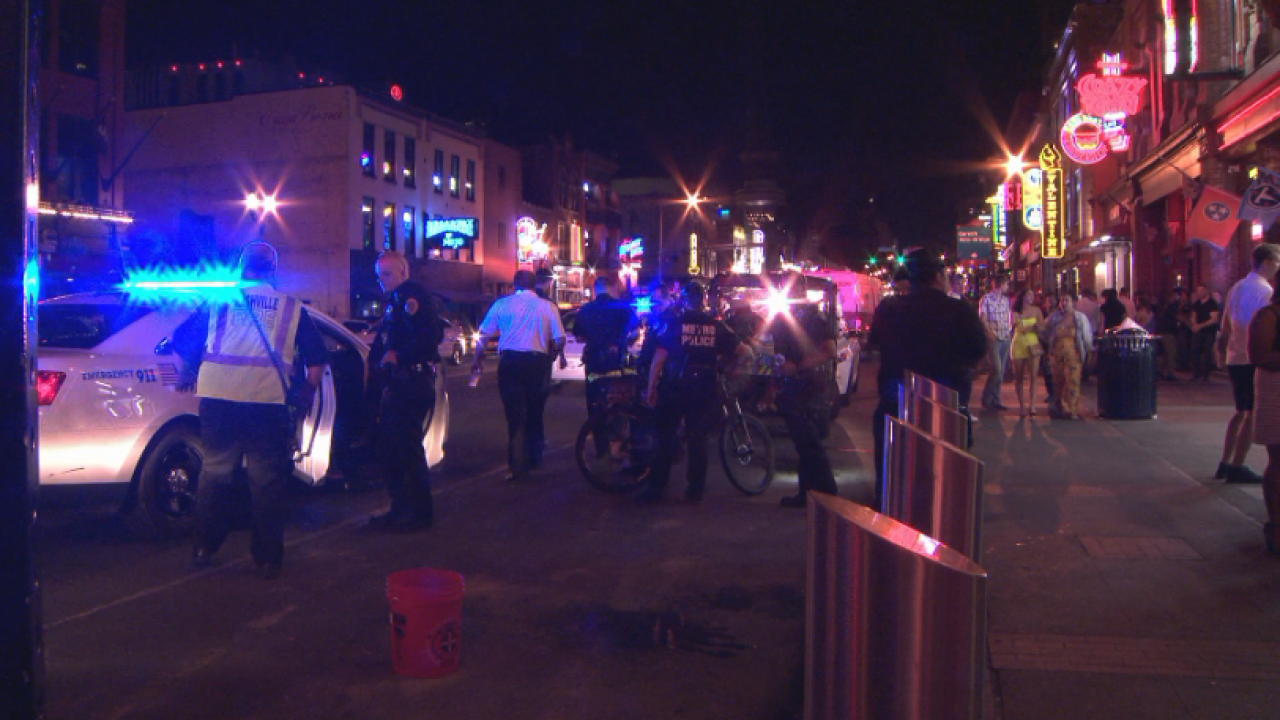 NASHVILLE, Tenn. May 19 2019 — A security guard at a honky tonk on Broadway was hospitalized after he tried to break up a fight early Saturday morning.

According to Metro Police, the guard intervened when a few drunk patrons started to fight. Then someone apparently started to get violent with the guard. The bouncer decided to use his pepper spray on one of the people, but something caused the spray to blow his direction as well.

Ambulances transported the guard and the man who he was trying to stop.

No word from Metro if someone will face charges for what happened.

An earlier version of this story named Whiskey Bent Saloon as the honky tonk involved in the fight; however, a spokesperson from Whiskey Bent reached out to NewsChannel 5, saying that they had no involvement, instead closing their doors and keeping people inside during the altercation to keep them safe. It is currently not clear which security guards were involved. This story will be updated as more information becomes available.