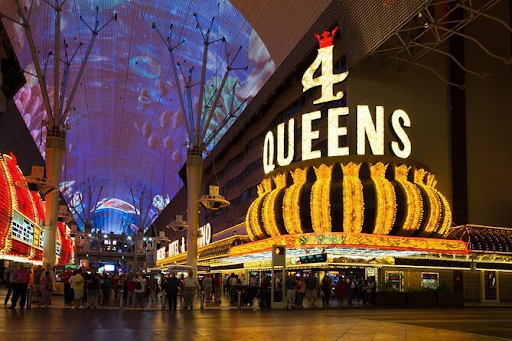 Las Vegas NV Sept 9 2021 A murder suspect accused of gunning a man down on Fremont Street last month was identified by a distinct neck tattoo.

Mason Martin, 36, is being held without bail after he was arrested Monday on a warrant and booked on a murder charge, according to jail records.

Las Vegas police arrested Martin in the death of Marschell Brumfield, 30, who died of a gunshot wound to the abdomen on Aug. 4.

Officers were initially called at 3:40 a.m. that day to the Fremont Street Experience after a fight between Brumfield and Martin led to a shooting. Metropolitan Police Department homicide Lt. Ray Spencer said Brumfield ran a more than a block before he collapsed.

By the time police arrived, Martin had left the scene.

Surveillance footage from nearby hotels showed what police said was Brumfield approaching Martin, when Martin pulled out a gun and chased Brumfield, firing as the man fell to the ground, according to an arrest report released Tuesday.

A security guard from the Four Queens identified Martin in the footage because of his large neck tattoo. He told police Martin had been removed from the property multiple times and cited for trespassing.

Detectives matched an arrest photo from Aug. 1 to the video footage from the morning of the killing, according to the arrest report.

Martin has prior cases in Las Vegas Justice Court dating to 2016, including charges of drug possession, impaired driving, disorderly conduct and being a prohibited person in possession of a gun, but all cases were dismissed according to court records.