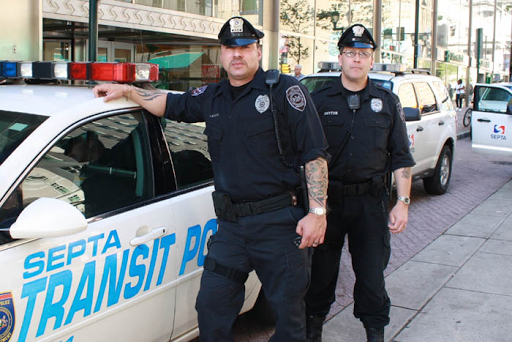 Southeastern Pennsylvania Transportation Authority (SEPTA) officials are working out a contract with a firm to bring 60 security guards to the Market Frankford Line.

The unarmed guards would be stationed between 15th Street Station and Frankford Transportation Center and would be a temporary measure to supplement the 186 SEPTA police officers tasked with covering the sprawling city transit system.

SEPTA police chief Thomas Nestel said the guards will be an extra set of eyes to “observe and report” incidents and assist the police force.

Officials have not released the name of the firm or the cost of the contract. It is being processed as an emergency procurement, which does not require SEPTA to seek contractors through a bidding process.

The guards are expected to be deployed sometime by the end of March or early April.

Safety has become a concern for transit workers and riders. Last week, the transit workers union released a video depicting a man being attacked by a group of young people. SEPTA is offering a $1,000 reward for information leading to their arrest.

Just this past Sunday, someone shot a man inside SEPTA’s City Hall station. About 24 hours later, a man was reportedly stabbed at Frankford Transportation Center, and Tuesday, a video surfaced depicting what appears to be a group of young males chasing down and attacking another young male at 30th Street Station.

Tanya Brown said she takes the train daily and recently witnessed a man getting “the snot beat out of him.” It wasn’t until “myself and a couple other females actually said something” that it stopped.

“There is nobody on the train to enforce the rules,” Brown said. “And then when the people from SEPTA are on the train, they don’t say anything.”

West Philadelphia native David McGraw said on a scale of one to 10, he gives SEPTA a five when it comes to safety, but he doesn’t “know if bombarding it with a bunch of police officers will make it any different.” Whatever the solution, safety is a worthwhile investment, he said.

“You never know what’ll happen,” said the 48-year-old. SEPTA “is making money so they should be able to protect the people better.”

Nestel said SEPTA is a “reflection of the city.” Philadelphia experienced more gun violence in 2020 than it had in decades — and the deadly surge has continued into the new year. Likewise, the transit agency reported 15 shooting incidents in 2020 — more than the three previous years combined.

“It’s not like we can have a crime-free transit system when the city is struggling with violence.,” Nestel said. “We suffer the same thing. It’s the same population.”

Both SEPTA police and transit worker unions have called for Nestel’s ouster. The two labor organizations said in recent statements that the chief’s policing strategies have made the system dangerous for employees and riders.

The embattled chief seemed unbothered by the negative criticism from transit workers and police officers. According to a SEPTA spokesperson, Nestel has the support of the board and executive leadership.

“There’s always room for improvement,” Nestel said. “I also say that the transit police are doing a great job.”

Earlier this month, transit police called on the authority to get rid of a policy that delayed the arrest of alleged criminal offenders on the system.

The policy, instituted last August, directs officers to apprehend the suspect, identify them, transport them away from the scene then release them with the intent to arrest them via warrant. The transit police union has argued that the policy encourages lawlessness.

“It’s incentivizing crime on our system to a point to where it’s going to spiral out of control at a certain point,” Fraternal Order of Transit Police Lodge 109 president Omari Bervine said. “And I think I think we’re sadly approaching that point.”

If “they’re going back out to commit another crime while we’re doing our investigation, then, yeah, we’ve got to change that,” Nestel said. “But that’s not what’s happened since August.”

‹ Months after his death, loved ones are still waiting for a payout from his employer, the TSA › Providence Health Care welcomes new K9, handler to security team