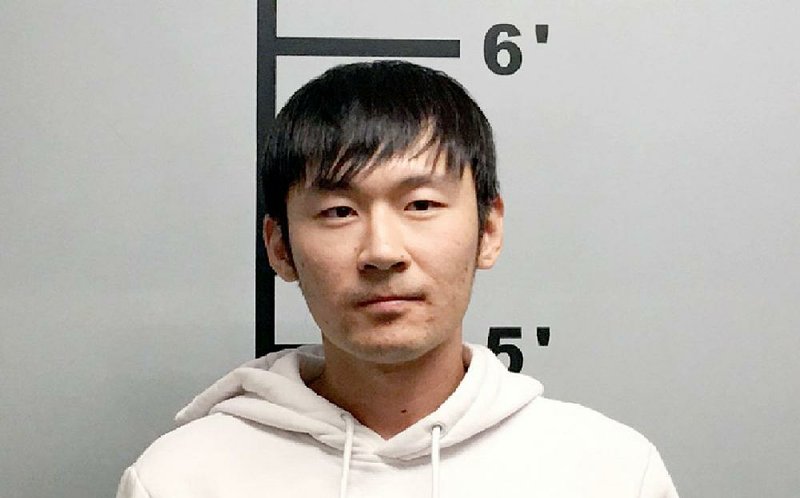 BENTONVILLE AR November 11 2019  — An arrest in Rogers this week of a Chinese man unveiled details of a multimillion-dollar, national scam using Walmart gift cards, according to court records.

Investigators with Walmart Global Investigations and the U.S. Secret Service asked for help from area police after watching Songhua Liu complete more than $16,000 in gift card transactions Monday at Walmarts from Fort Smith to Rogers, according to a probable-cause affidavit in Songhua’s arrest.

Investigators believe his activity in the past month netted $500,000 to $1 million in fraudulent gift cards, the affidavit states.

And he’s just one of many Chinese nationals the scammers are using as couriers, the document says. Songhua lives in Amherst, Mass., and is in the United States on a student visa, according to the affidavit.

The fraud scheme involves a variety of phone and internet scams in which people are enticed to buy Walmart gift cards. They share the cards’ bar codes digitally with the scammers who send couriers, such as Songhua, to Walmarts around the country, according to the document.

“We care about our customers and are continually looking at how we can better protect them from evolving scams,” Tara Aston, a spokeswoman for Walmart, said Friday. “We actively work with local and national authorities and will refer additional questions on this case to them.”

Songhua was arrested Tuesday after visiting at least five Walmart stores from Fayetteville to Rogers. He completed transactions from $1,000 to $3,200 at a time, according to the affidavit.

He was arrested in connection with criminal conspiracy and wire fraud.

Songhua, 23, appeared before Benton County Circuit Judge Brad Karren at a bond hearing Thursday. He was being held Friday in lieu of a $50,000 cash bond in the Benton County jail.

Songhua said he was a mathematics student at the University of Massachusetts and worked as a data analyst in New York City.

Songhua told Karren that Walmart loses millions of dollars because of the scam, and he could help save them $50,000 each day.

“I can help them save money,” he said. “That’s what I realized when I learned I was involved in a scam.”

Walmart investigators have been working with agents from the Secret Service’s Birmingham, Ala., field office, according to the affidavit.

Peishi Liu, 29, of Virginia was arrested in August at a Walmart in Boaz, Ala., according to a news report in the Sand Mountain Observer. He was accused of scamming at least two people out of $10,000 in one day through gift card fraud, according to the news article.

Boaz Police Chief Josh Gaskin was in the store, and Walmart’s security team told him about a man who had been in and out of the store buying gift cards, the news article stated.

Peishi said he was using a credit card to buy the gift cards, but security officers had evidence showing him using Walmart gift card information on his phone that was sent from another person, according to the news article.

Peishi was arrested, and officers found more than $10,000 worth of gift cards in his rental car, according to the article.

Calls to the Secret Service and Gaskin were not returned Friday.