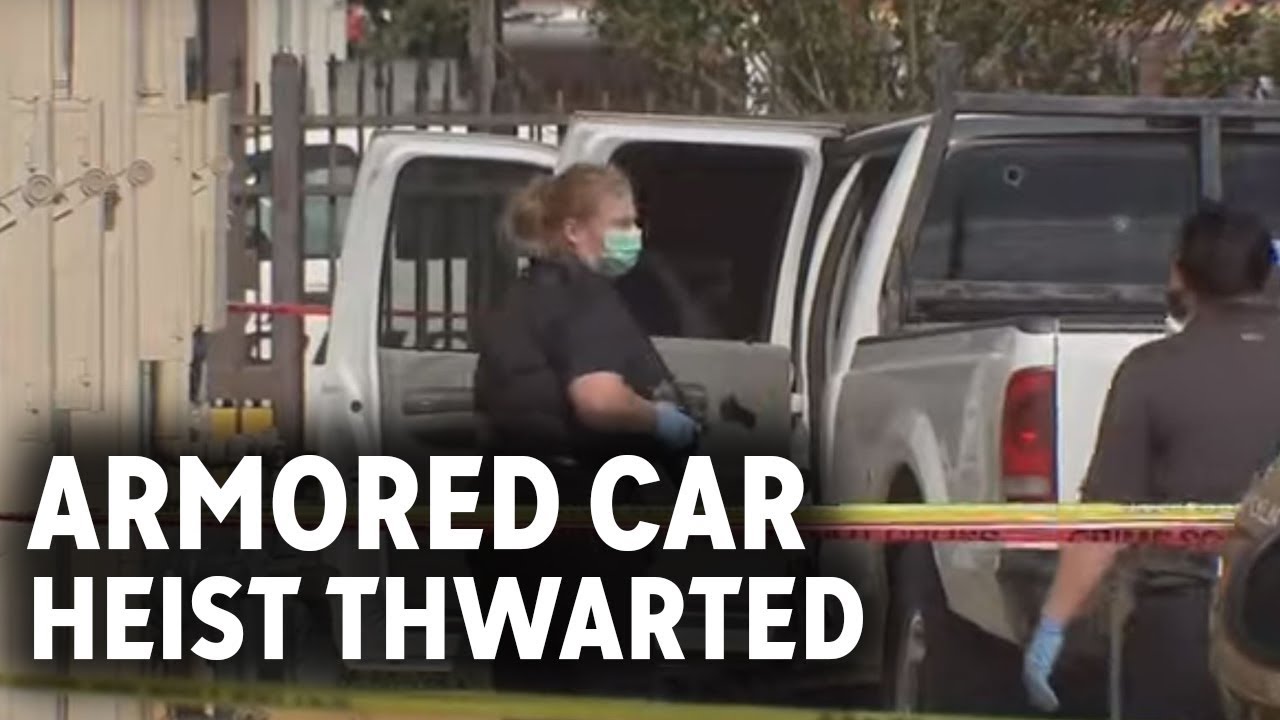 HOUSTON, Texas November 4 2019 A suspect in an attempted armored truck robbery remains in critical condition Friday night after being shot by a SWAT officer at a southwest Houston shopping center, police say.

It was a surveillance operation that turned into an officer-involved shooting.

Police say they were watching three men in a stolen white pickup as they followed an armored truck.

Surveillance video shows the armored truck pulling into Walgreens on S. Post Oak and police say it looked like the guys were about to rob it.

“They (police) witnessed three suspects in that stolen white pickup start to mask up as if they were about to do a robbery,” explained HPD Executive Assistant Chief Matt Slinkard.

But no one got out of the armored truck and the suspects started to leave.

Police followed and tried to stop them and two people bailed out and ran. The third, police say, stepped out of the truck with an AR-15 and got into a shootout next to the truck. He was critically wounded.

“Today that armored car had SWAT officers inside of it,” said Slinkard. He added that two officers were inside, ready and waiting.

“This strategy or technique they used is as old as police work itself. It happens all the time, but we don’t know about it because it doesn’t involve a shooting,” Stephens said.

“With the police department stepping up and saying, ‘Hey, you never know what’s behind that door,’ that’s and that’s a big deterrent.”

No officers or civilians were injured.

Police have not released the suspects’ names and have not yet linked them to other robberies.