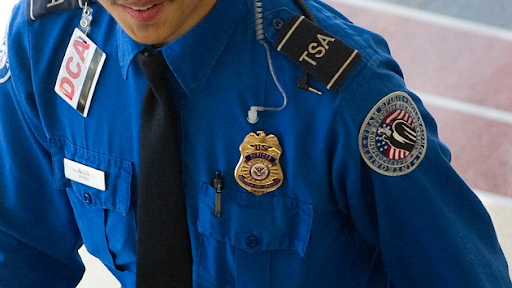 The agency brought with it more thorough airport security, which has created long lines, but also it has given some peace of mind as we take to the skies.

Like any governmental agency, it brings benefits and controversy.

Two months after the terrorist attacks, then-President George W. Bush signed legislation creating the Transportation Security Administration (TSA) which is under a larger agency known as the U.S. Department of Homeland Security.

The agency itself is not a law enforcement agency but is tasked with various duties to secure our transportation systems.

It’s a force of federal airport screeners that replaced the private companies that airlines were hiring to handle security.
TSA immediately ramped up security checkpoints that are now routine for us were and things like taking off our shoes, our belts, liquid limits, and CT scanners checking our bags and bodies have now become the norm.

“Since 20 years ago, it has changed dramatically,” Beedle explained. “I started here in 2002, I was one of the first officers to roll out TSA here in Phoenix. When we started, we had hand wands and walk-through metal detectors and x-rays and now we have a lot more different technology here like CT scanners, we have advanced imaging technology body scanners that can detect threats on a person’s body, and we have bottle liquid scanners that can detect explosives in liquids.”

Beedle said there hasn’t been a terrorist attack through the aviation industry on American soil since the creation of TSA.

TSA is visible at our airports, but they are also responsible for our rail system, power grids and oil pipelines. A few areas where TSA is hard at work though seldom seen.