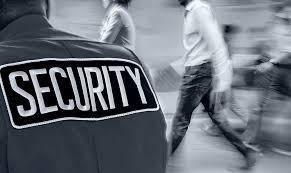 Victoria Australia June 10 2019 The Victorian government has announced an $800,000 probe into the state’s private security industry to crack down on criminal behavior.

The review of the Private Security Act 2004 will focus on the licensing of individuals and companies, and employment practices.

It will also examine employment inequalities, exploitation, the licensing system’s professionalism and integrity to protect against organized crime group infiltration.

Police Minister Lisa Neville said on Monday the government had committed at the last election for “a full review of the licensing of individuals and companies in the private security industry”.

“This review will ensure our security industry is as reputable and professional as it can be – protecting our security workers and weeding out any criminal behavior,” she said.

“We’ll work closely with Victoria Police and key stakeholders to make sure our security workers are valued and respected, as well as paid properly and treated fairly.”

The investigation will start in the 2019-2020 financial year.

It comes in the wake of security guard Aaron Khalid Osmani, 37, and patron Richard Arow, 28, dying after being shot outside the Love Machine night club on April 14.

The Victorian Law Reform Commission also published a paper in 2015 on its review of regulatory regimes to prevent organized crime groups infiltrating lawful jobs and sectors.