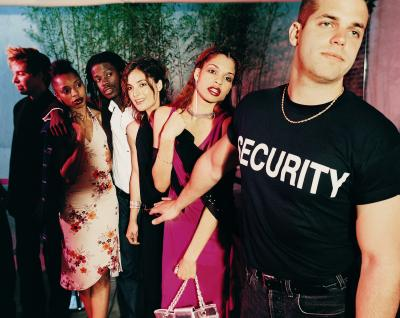 Louisville KY January 9 2021 Exactly one year after an altercation between a Louisville bar employee and a patron left that patron dead, a Kentucky state representative filed a bill in his honor.

Rep. Lisa Willner, D-35th, named the bill “Christopher’s Law” after her constituent, Christopher McKinney. McKinney died in the early hours of Jan. 5, 2020, after an altercation with a bouncer at Nowhere Bar. An autopsy listed “blunt force injury to the head” as the cause of death.

House Bill 173 was filed Tuesday, the first day of Kentucky’s 2021 legislative session, and would require bouncers to meet minimum criteria before being hired and to be subject to criminal background checks by the businesses employing them, according to a news release.

The legislation also would require Kentucky’s Department of Alcoholic Beverage Control to develop and enforce regulations for bouncers and bars, including guidelines for bouncer training programs.

“What happened to Christopher last Jan. 5th was truly tragic, and it highlighted some glaring gaps in the law,” Willner said in the release. “I have been working with Christopher’s family since April to find the best ways to close those gaps, with the goal of making these establishments both safer and more accountable. I’m proud this approach has gained bipartisan support, too, with my colleague Rep. Jim DuPlessis joining as primary co-sponsor.”

Jefferson County prosecutors did not recommend criminal charges in the altercation, saying the bouncer used “the legally proper use of physical force in self-protection.”

But McKinney’s husband, Nicholas Clark, said there was “no evidence he was a threat, and he was trying to leave.”

Clark, who married McKinney three months before the incident, said in a statement McKinney did not deserve “the type of treatment or force that was imposed upon him that tragic night.”

The bill also would ban bouncers from drinking alcohol while on duty or to be under the influence of alcohol or any illegal substance.

The Nowhere Bar employee, who The Courier Journal has not named because he was never charged in connection with the incident, had told officials he had one shot of alcohol between 9 and 10 p.m. the night of the incident, which occurred shortly after 1 a.m.

The bill also says any off-duty law enforcement officer working as a bouncer is a private employee during those hours, and the law enforcement agencies are not responsible for their actions in that role. The legislation would also disallow those officers from wearing or using any supplies, uniforms or other insignia tied to his or her law enforcement agency.