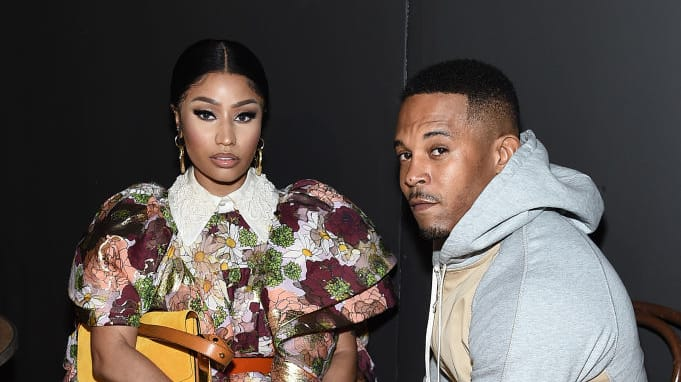 A security guard who oversaw security at a Nicki Minaj concert in Germany three years ago claims in a new lawsuit that the rapper’s husband punched him and severely broke his jaw. Thomas Weidenmuller alleges that Minaj, upset that security let a male fan slip through and make his way onstage, screamed, “Who do you think you are?” and threw her shoe at him, though she missed.

She also allegedly called a female security guard a “f–king bitch,” which Weidenmuller said he recorded.

Then Kenneth Petty, her husband, allegedly ambushed Weidenmuller, clocking him in the face.

Weidenmuller said his injuries have required eight surgeries, with six more to come, and five metal plates in face.