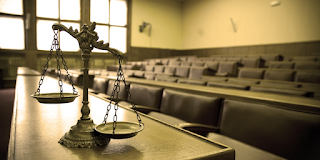 Dawson was awarded $44 million for medical expenses, lost earnings, and mental anguish after the assault, and the jury assigned 90 percent of the responsibility to Hilton.

On the night in question, a woman passing by the Hilton Americas-Houston Hotel in downtown Houston called 911 after she saw a man, who had undone his pants and belt, standing over an incapacitated woman lying on the ground. Police arrived and hotel staff brought out a wheelchair to transport Dawson, who was vomiting and unable to communicate or walk.

Although Dawson had identification in her purse, security staff failed to determine that she was, in fact, a registered guest of the hotel with a room under her own name. However, Hilton only checked the identification of Clowers, Dawson’s co-worker, and accepted Clowers’ claim that “She’s with me.” Hilton security video shows a slumped-over Dawson being ushered by Hilton employees and put into Clowers’ room. Inside the room, Dawson awoke to Clowers sexually assaulting her in the early morning hours.

When Dawson went to the hospital the following evening to have a rape kit examination, there were ten documented injuries to her vaginal area, including significant tearing and abrasions. She also had symmetrical bruises on her shoulders, a bruise on her wrist, bruise on her rib, and bruises on the back of her arm, all consistent with assault.

One of the attorneys representing Kathleen Dawson, Michelle Simpson Tuegel, argued in closing, “Hilton Hotels, a company with security officers, policies, and resources, a company Kathleen paid to have a safe place to lay her head at night, paved the way to Kathleen’s sexual assault as she was ushered, like a ragdoll in Hilton’s wheelchair, not into the room she had registered and paid for, but into the room of a rapist.”

“Room key policies exist to prevent this very thing, but Hilton failed to implement even the most basic procedure everyone who has ever stayed in a hotel has experienced: checking the registered guest’s identification,” said Anna Greenberg, one of Dawson’s attorneys. “Worse yet, Hilton blamed the victim and sided with the alleged rapist, in spite of copious video and physical evidence corroborating the assault.”

Sign-up and get latest news about the courts, judges and latest complaints – right to your inbox.

“This verdict shows the ‘blame the victim’ tactic does not work the way it might have in the past,” Simpson Tuegel said. “We are gratified that the jury in this case was empowered and said with their verdict that an unresponsive person cannot possibly give consent. Of the sexual assault cases I’ve handled, which number in the hundreds, I have had few with this much objective evidence pointing not only to sexual assault, but also to the negligence of a company and how they handled what was right in front of them.”

“I feel that my rapist and Hilton had to be held accountable, but it goes beyond that,” Dawson said. “My husband and I were blessed with two twin daughters, and now, I feel a responsibility to make the world a better place for my little girls. I am grateful the jury heard me and validated what I’ve been through. I hope we see justice like this for more survivors in the future.”