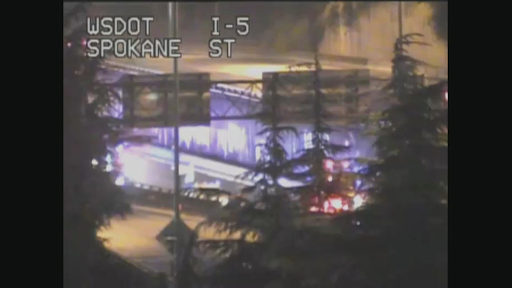 WSP says the officer, who was a 5-year veteran with the Seattle Police Department, was driving home after her shift when she pulled over to help at a collision. Officials say she was then struck and killed by another vehicle that was not involved in the collision.

According to state patrol, just before midnight Saturday there was a collision on I-5 southbound near Spokane Street involving 13 vehicles. No one was injured in this collision.

The backup from the original collision then caused a three-car collision around 1:15 a.m. officials say. This is the collision the officer pulled over to assist with.

WSP says someone involved in the three-car collision allegedly stole the officer’s vehicle and drove off. Law enforcement is no longer looking for her vehicle, but say they are looking for a suspect.

Mental health advisors have been made available to employees in the Seattle Police Department, officials say.