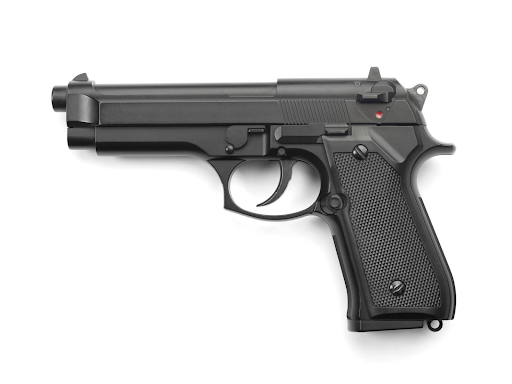 ST THOMAS July 24 2021— A security guard at Nisky Center disarmed an intoxicated man who pulled out a gun during a bar fight, according to court records.

Darin Franklin, 35, was arrested Tuesday night and charged with possession of an unlicensed firearm, possession of ammunition, third-degree assault, simple assault, disturbance of the peace, and alteration of identifying marks on a weapon.

Police responded to a report of a disturbance at 9 p.m. at Bonita’s Cantina in Nisky Center. When officers arrived, they saw a security guard struggling in the parking lot with the suspect, according to an affidavit filed in V.I. Superior Court.

The security guard “immediately handed me the firearm,” and said he’d disarmed the man during a fight inside the bar, according to police.

A bartender explained that she decided to cut Franklin off, and asked him to pay his $87 tab, which he did. Franklin stood up and began cursing at the bartender, who noticed he “had something in his waistline and while her coworker left to get help, she went into the kitchen to hide,” according to the affidavit.

The security guard entered the business and saw Franklin “cursing and screaming so he asked him to leave the bar,” according to the affidavit. Franklin slapped the security guard, who began to escort Franklin out of the bar and saw him “reach for his waistline grabbing what appeared to be a gun.”

The guard grabbed the gun out of Franklin’s hand and brought him to the ground, before escorting him out of the bar into the parking lot.

Police said Franklin was obviously intoxicated and “continued to swear profanities” at officers as he was detained.

Officers identified the gun as a Black Springfield XD-.45 caliber “ACP fully loaded with a chambered round and obliterated serial numbers,” according to the affidavit. “Mr. Franklin’s black backpack also contained a 10 round Silver .45 cal. Magazine loaded with eight rounds.”

Unable to post $50,000, Franklin was jailed until his advice-of-rights hearing Wednesday morning.

Franklin has little criminal history, but “he’s looking at 10 years for unlawful possession,” said Assistant V.I. Attorney General John Barraco. “I think we have to consider his willingness to pull out a loaded gun while in a bar in a fight, and I think he’s demonstrated he’s a danger to the community, and that’s why he’s here today.”

Territorial Public Defender Frederick Johnson said Franklin “basically got drunk and tussled with a security guard,” and asked Magistrate Judge Henry Carr III to reduce bond to “at least something he can possibly make.”

“I understand he got drunk in a bar, but that gun with an obliterated serial number, that really concerns me,” Carr said. “He is facing some heavy time.”

Carr kept bail at $50,000 and said he would allow Franklin to post 10% of that in cash, but he must have a third-party custodian before he will be released.