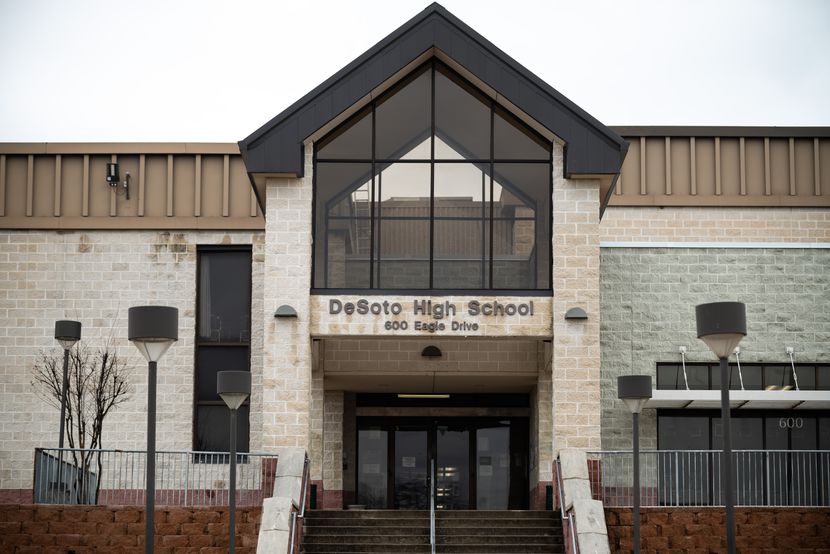 A North Texas school district, DeSoto ISD, is investigating an incident where a security guard used pepper spray and pepper-ball pellets in a student fight at a high school last week.

District spokesperson Tiffanie Blackmon-Jones said the security guard gave plenty of warning to students before deploying the pepper spray after a fight started in the school cafeteria and escalated.

“What you saw in the video was a pepper spray device. Those are allowable.

There are certain restrictions about how they can be used. We were in alignment with the permitted use of those,” Blackmon-Jones told NBC 5.

The Dallas Morning News reported that DeSoto ISD said the spray was “directed at the floor and not at students.”

In a second incident involving the same students at a different location on campus, a security guard is seen shooting pepper balls at students standing on top of a staircase in a video that is circulating on social

After it went viral on social media, the district emailed families about the incident, stating the employee who shot the pepper balls had been placed on administrative leave while officials investigate.

The district also released the following statement to NBC 5:

“We are aware that a video has been circulating of an incident involving a security person last week. The footage is concerning and does not align with the district’s expectations for the address of student activity. The district is in the process of addressing the matter and is limited in what it can offer regarding resolution due to personnel privacy laws.
As a result, the district has issued a communication to parents and staff regarding the matter and is working with administrators to address the matter with staff via training and education.”